Thank you so much for an incredible experience!  I am so impressed with how you all worked as a team to put together an incredibly professional production.

I am also honored to have been selected to share my story with you on the February 12 show, and I want to thank Laura Onyeneho for writing such a lovely bio on your site, which you were so kind to forward to me.

END_OF_DOCUMENT_TOKEN_TO_BE_REPLACED

Angela Counts is a filmmaker, performing artist, and writer whose dramatic plays have been presented across the country. She is the recipient of the Kennedy Center’s Lorraine Hansberry award for her play, Hedy Understands Anxiety, which was published by Dramatic Publishing Company.

Her short films have appeared in several group exhibitions in the greater Boston area including Open Source at the New England Conservatory of Music.

END_OF_DOCUMENT_TOKEN_TO_BE_REPLACED

“The Flawed Beauty Project” aims to get women to embrace their flaws, instead of hide them.

Valerie explained how all the proceeds are going to help the Haitian hospital where her parents work.

According to Margaret Wolfe Hungerford “Beauty is in the eye of the beholder.” What happens when you look at yourself and all you see are flaws? Valerie Anselme of “The Flawed Beauty Project” is looking to change that. She hopes her project will encourage women to embrace their imperfections. “I want to help people embrace who they are no matter what physical flaws they may have,” said Valerie. “No matter how you look you embody beauty.” She feels the media has its own portrayal of what beauty is.

END_OF_DOCUMENT_TOKEN_TO_BE_REPLACED 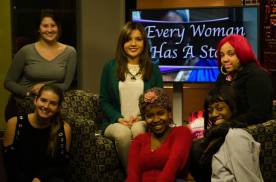 Ricketta Pryce joined EWHAS to talk about her new book “The Hustler’s Daughter” and her story.

Ricketta is known as Pinky Dior in the literary world.

Ricketta Pryce is a resident of Boston and is a twenty three year old mother, author, and entrepreneur. She has one daughter who is 1 year old and has one more on the way. Ricketta believes that she is a “hustler” in the sense that she does whatever she has to do in order to provide for herself and her growing family. One of the ways she does this is through writing.

END_OF_DOCUMENT_TOKEN_TO_BE_REPLACED 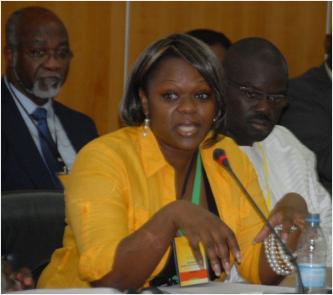 Mireille’s is an advocate for empowering African women.

Mireille joins EWHAS on our second episode of Season 1.

Eunice Onwona sat down with Mireille Tushiminina to talk about what she has achieved so far.

Mireille Tushiminina is 38-year old mother of two who has been living in Braintree, MA since 2008. Mireille was however born in the Democratic Republic of Congo in central Africa. She received an early education in Belgium. Mireille returned to the DRC but left in 1994 to pursue a Bachelors of Science in Biology at Northeastern University. Mireille also studied Medicine at St. Matthews School of Medicine in Cayman Islands, and she has an M.B.A in Healthcare Management from Davenport University.

END_OF_DOCUMENT_TOKEN_TO_BE_REPLACED 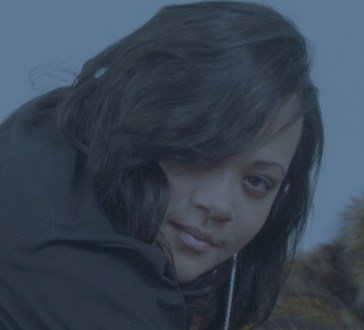 After losing her son, Taisha Akins is now an activist against gun violence.

Taisha’s story is featured on the first episode of EWHAS.

Taisha Akins is a mother of three children and lifelong resident of Dorchester. She has three children (two boys and one girl). At the tender age of 14 years old she became a teen mother and enrolled in alternative school to learn in an environment that consisted of fellow teenage mothers.

In 2011 her middle child, Khris Mckinney, was gunned down in their neighborhood on Whitman and Norfolk Street. A dispute erupted involving Khris’ older brother. After coming to the defense of his brother, an undisclosed assailant hid in the bushes, and shot him in his back.  Currently no one has been charged with crime. A code of silence governs the area; due to fear of retaliation, no one has identified the perpetrator, whom they know.